After the umpteenth incident of crime (especially during the night), the serious deterioration of our dam areas and public open spaces, the residents mobilized, and during a public meeting, decided to do something about the unacceptable situation.  Henceforth the VSC (Vredekloof Safety Council) was established in 2006. 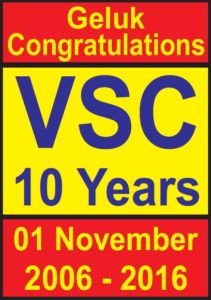 For more than 3 years, we worked very hard to get crime down and to upgrade our area. At long last, during August 2009, our application for the establishment of a City Improvement District in Vredekloof (VCID) was approved by the Cape Town City Council and property owners began paying special levies to fund the CID as of 01 September 2009. With the establishment of the VCID, Vredekloof Safe and Clean [VSC], became our slogan.

The success of the Vredekloof Community Improvement District (VCID) is largely due to the co-operation between VCID and the various departments of the City of Cape Town; the strong working relationship between VCID and the South African Police; the contribution of the various contracted service providers; and most important, the continued support of residents and property owners in the area.

We will have some celebrations during the month of November.